The fates of two mythic figures come to mind: Icarus, his wings singed, falls back to earth; Sisyphus, existentialism’s unwitting posterboy, feels the boulder slow, stop, and roll against his will. Icarus for his direct disobedience of his father’s low-flying wishes, Sisyphus for his condemnable cunning and mendacity, each must answer to punishment administered by gravity. Indeed, in reflection, we associate the arbitrary force of gravity with the transformation of hubris into humility. We return, and we are returned, to earth.

Our avatar pauses at the edge to look out at the emptiness between this lonely platform and that lonely platform. We understand – perhaps better than he does, if he has yet to fall – the great tyrant oppressing him is gravity. He leaps and falls in accordance with inalienable physical law. Our side-scrolling avatar moves not through but across the world in leaps and bounds. In the early days of side-scrolling platforming, he even found his identity in his work. He was a jumpman.

In this post, we bear in mind the fates of Icarus and Sisyphus as we explore two pieces of the modern platforming revival, each game unique and vital to the discourse: Trapdoor and Polytron Corporation’s 2012 release FEZ, a two-and-three dimensional shape-shifter about a two-dimensional character named Gomez who embarks on a quirky non-violent quest for three-dimensionality, created by a subject of a polarizing controversy; and Michael Todd Games’ 2013 release Electronic Super Joy, an orgiastic EDM-cranked adventure of an absurd hero (survivor of the Disco Wars of 1515, etc.) on a heretical quest to reacquire his missing butt by any means necessary.

In each of these examples, gravity plots to fulfill its dirty promise of violent death but of the two games only ESJ features enemy combatants. We must acknowledge FEZ’s revolutionary pacifism, its fulfillment of the promise to create compelling gameplay without violence, without enemies. We can see FEZ, also, as a return to puzzle-focused jumpman form for the platforming genre.

FEZ starts twice in the first five minutes of the game: first in 2-D, coming across as a fresh interpretation of Cave Story until, just as the story gets going, the game crashes, mimicking the sudden pixel-platters and atonal whining of an NES game on the fritz. We endure a false BIOS screen and return to the start screen in 2-D with 3-D rotation and a new pixel-and-polygon art style. Gomez can have his power to transcend dimensional limits. He must yet answer to gravity. Physical law maintains governance over his existence, should he jump too early or too late; should he linger for too long in the sky. 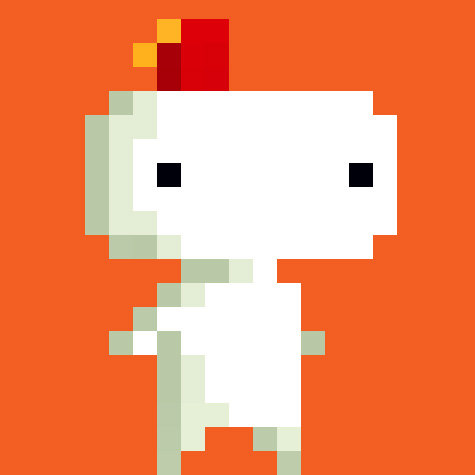 Viewed from our angle, FEZ represents equal parts genius innovation and reckless ambition. We liken Gomez’s adventuring between dimensions to Icarus’s soaring on wax wings in the sunshine. (Permit us, now, a diversion into poetics, as it will serve to inform more directly topical judgments of FEZ.) As the speaker of W. H. Auden’s poem Musee des Beaux Arts sees a guiding hubris in Brueghel’s Icarus, we see in Gomez a guiding hubris, a desire to explore forbidden dimensions of experience. For Icarus, it was the air; for Gomez, it is the third dimension of space. Auden, a radical of the written word, slips revolutionary values between stanzas. His speaker points out the cold responses of the countryfolk to the tragic drowning of Icarus. We do not stop to take in the suffering of Icarus. Life goes “dully along.” This, we are told, is the “human position” of suffering. 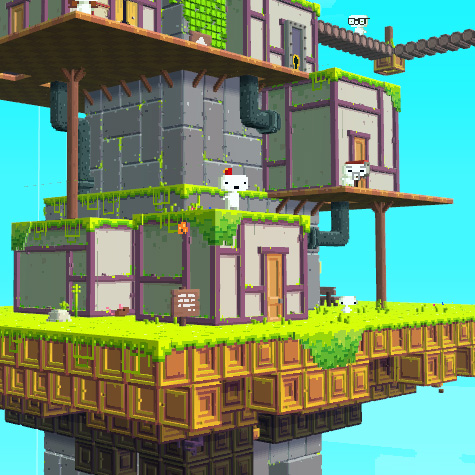 FEZ’s breakout moment arrived in the 2012 documentary Indie Game: The Movie. We learn that its creator, Phil Fish, has scrapped his FEZ designs and started anew multiple times. He discusses early projects, demos an experimental game prototype by sitting and staring into the flickering lights of a home-made Virtual Boy, intent on altering his perception. (Perhaps a carryover from this earlier work, flickering shapes figure prominently in FEZ.) He shares upsetting details of his personal life and brings up suicide, with a disquieting deadpan sincerity, as an option for himself, were FEZ to fail. (Those among us who have stood on the ledge and stared out into the abyss withhold judgment.)

A similarly tragic eccentric, Albert Camus reads into the myth of Sisyphus his deliberately absurd, suicide-contemplating brand of existentialism. The myth tells the story of a prideful king condemned to roll a stone up a hillside, watch it roll back down, and do it again. Camus’ macabre takeaway from the story suggests Sisyphus finds angry satisfaction in the inherently meaningless struggle. “We must imagine Sisyphus happy,” goes his most famous contribution to the discourse, challenging us to create meaning from chosen suffering.

Cold and merciless to human suffering, the world keeps turning, and we arrive at the traditional two-dimensionality and ecstatic boom-ba-doom-boom bass in Electronic Super Joy. In this 2013 release from Michael Todd Games, we take control of a one-armed, one-eyed, legless, entirely butt-less individual in an absurd cubic world divided into four sets of levels. ESJ’s level design brings to mind Braid‘s rule-making and rule-breaking puzzle sequences. One level bestows a smashing new ability upon our avatar, another redefines gravity’s intensity, still another trades smash in for the double-jump. Musically, the thump-tick thump-ticking soundtrack fades out and in, some intervals eight-bars, some four-, others sixteen-bars. Like any good rave, Electronic Super Joy’s world is populated by benevolent head-bobbing shadow-dwellers, hot-and-heavy howling, heresy-enthusiasts, rainbow-trails, and sudden comedowns.

As a genre, platforming experiments with perception by attaching player-constructed meaning (and high-stakes immediacy) to relationships among physical bodies. In other words, we base our avatar’s actions, first and foremost, on changes of shapes (i.e. platform, abyss, enemy rocket nearing our precious one hit-point wonder of an avatar, etc.) within our avatar’s immediate environment. An enemy rocket homing in on our avatar elicits action on the player’s part more intensely than, say, one’s desire to learn the details leading up to the Disco Wars of 1515. Shots fired danger-close turn each survivor of the attack into either an absurd whisky priest or a meaning-making existentialist. ‘Fraid we’re all outter whisky, Bub…

Michael Todd, creator of ESJ, gives lectures which put game design in multiple contexts, intermingling suggestions regarding “lifestyle and balance for game developers” with insider info and strategies for the programmer wanting to stand out to an employer. Follow the link to Michael Todd’s legendary 2009 PAX lecture (great content, imperfect mic). Todd’s emphasis on positive coping strategies for programmers becomes more poignant in the context of Fish’s public meltdown. Game design is a solitary act, like writing strictly structured poetry, especially for independent programmers. Sitting alone with uncooperative myths and legends of your own creation, obsessing over them, working out the bugs. We do not excuse Phil Fish’s Twitter meltdown, public tantrums, and empty threat-making. We stand in solidarity with indie gaming innovation.

The topic’s gravity brings the post to a close as it began. Absent from the Indie Game: The Movie interview with Fish is FEZ’s irreverence and adventurousness. He seems defeated, bogged-down by ambitious vision. In the months following the interview, Phil Fish released FEZ to near universal acclaim. Then, quickly as he appeared, in a tradition borrowed from Hollywood actresses and musical prodigies, he abandoned his creative post, choosing exile over collaboration with a gaming industrial complex. At press time, the writer can only speculate as to whether Phil Fish has indeed returned to jotting notes for a sequel to his masterpiece (as we, along with louder voices in the industry, wish to believe).

In the meantime, in sincerity and goodwill, we must imagine Phil Fish happy.

One thought on “Mixed Media Platforming”